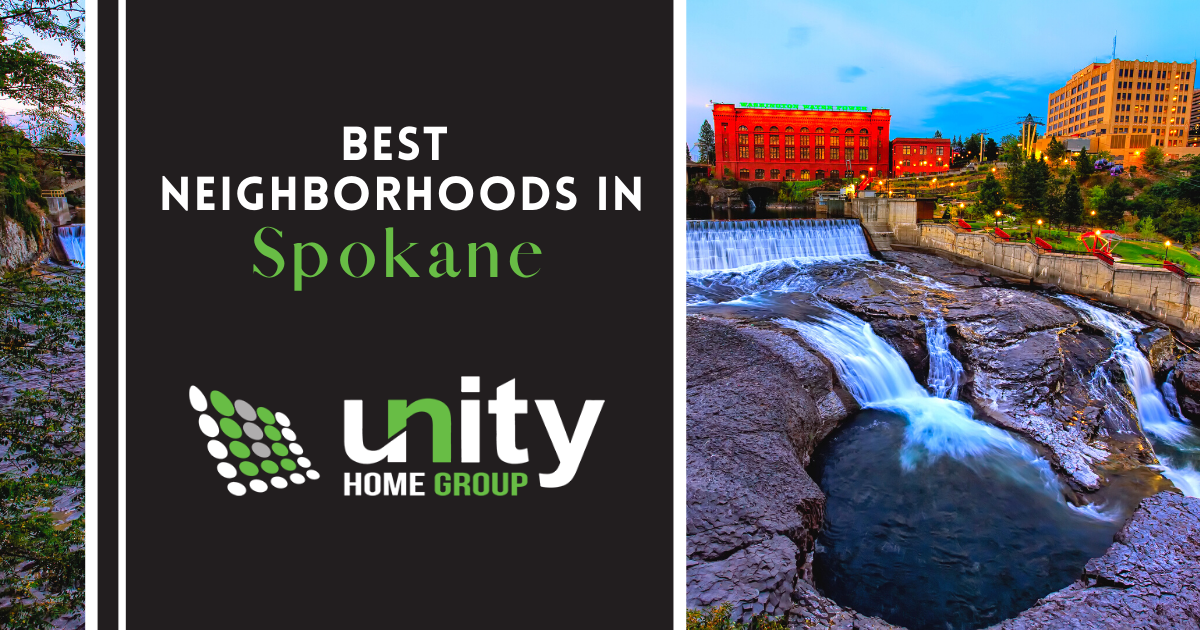 Located in eastern Washington along the Spokane River, the city of Spokane is the economic and cultural hub of the greater Spokane metro area as well as the Inland Northwest. About 223,266 residents call Spokane home, making it Washington's second-largest city after Seattle, and it has a significantly lower cost of living, which adds to its appeal. Spokane sits adjacent to the Selkirk Mountains, just west of the Rocky Mountain foothills.

Spokane's diverse neighborhoods range from the Victorian-style architecture of Browne's Addition to the more contemporary neighborhoods on the city's northside. Spokane is home to 18 recognized National Register Historical Districts where home buyers can purchase historic homes. The city's neighborhoods south of downtown are collectively known as the South Hill. Here are some of the best neighborhoods to call home in Spokane, WA.

Manito-Cannon Hill is located on Spokane's south side. Its boundaries are considered to be approximately Arthur Street to Lincoln Street going east to west, and from 14th Avenue to 37th Avenue in the north to south direction.

This large neighborhood is most easily described as the area most immediately surrounding Manito and Cannon Hill Park. The park was originally a zoo that housed many species of animals, including penguins and big cats.

Located east of Nine Mile Reservoir, the North Indian Trail neighborhood is a suburban area in the northwest corner of Spokane's city limits. The neighborhood is known for its homes overlooking Spokane River Gorge.

North Indian Trail neighborhood was first developed in the 1970s and was originally limited to single-family subdivisions. Today, the neighborhood development has expanded to include apartments, duplexes, and commercial districts. In addition, the Sundance Plaza shopping complex has been constructed at the intersection of Barnes Road and Indian Trail Road. Sundance Plaza draws its customers not only from North Indian Trail but from surrounding communities as well.

Five Mile Prairie is a neighborhood located in the northwest corner of Spokane. The neighborhood has the distinction of having been developed atop a 400-foot high, 3,400-acre granite and lava mesa, giving it a different landscape than the rest of the city. The neighborhood is nearly surrounded by basalt cliffs.

Only the southernmost portion of the community lies within the city's borders, with the remaining area unincorporated. It is believed the area was first inhabited by the Siwash Indian Tribe, possibly dating back as far as 1010. The oldest inhabited home in the neighborhood was built in 1879.

Five Mile Prairie today is primarily residential, with no commercial businesses within the neighborhood. Residents enjoy the feel of country living while still being near the city. Homes built along the rim of the plateau are coveted for their spectacular views. Along with a 24-acre park, residents enjoy walking trails, a playground, and other park amenities. The neighborhood holds its "Prairie Days" festival every September.

Comstock is a neighborhood that can trace its origins back to the expansion of the early streetcar routes leading to and from downtown. The neighborhood lies directly south of Spokane on the city's South Hill. It is bordered by the High Drive neighborhood to its south and west, 29th Avenue to the north, and Bernard Street to the east.

Residential construction first began to take off in the second quarter of the 20th century and continued through post-World War II. The neighborhood is dominated by single-family homes, particularly large ranch and split-level ranch homes. Commercial development is almost completely limited to the Manito Shopping Center area, near the northern border of the neighborhood. The development provides residents with shopping and restaurants within the neighborhood.

Residents are drawn to the neighborhood in part because of its location. The central focus of the community is Comstock Park, established in 1938. The park features rolling green landscape, a swimming pool, and playground equipment.

Rockwood is an older residential neighborhood, listing many homes on the Spokane Register of Historic Places. The natural beauty of the neighborhood includes numerous exposed rocks as well as an abundance of mature trees. The neighborhood is known for its varied elevation, expansive basalt outcroppings, and selection of luxury homes.

Historically, Rockwood was part of a planned community project launched in 1910 along Rockwood Boulevard. Today, the area is on the national register as the Rockwood Historic District. Remnants can still be seen in the neighborhood, including curved, winding streets, a number of parks dotting the neighborhood, and its 350 historic district homes, set well back from the street.

Residents favor the neighborhood not only for its history and natural beauty but for its many parks and its close proximity to the downtown area. Although primarily residential, residents enjoy nearby access to restaurants, nightlife, and shopping.

The Lincoln Heights neighborhood got its start in 1885 with the construction of 29th Avenue, which runs east to west through the community. The expansion of the railroad, as well as streetcar lines, helped to spur residential growth in the area. In 1912, local philanthropists donated 31 acres to establish Lincoln Park for the neighborhood's residents. The park grew to 51 acres by 1942.

Lincoln Heights features a mixture of older and new homes, with architectural styles ranging from early 1900s Craftsman to mid-century ranches and new split level homes. The neighborhood is bordered by South Perry District and Underhill Park to the north, S. Havana Street to the east, E. 37th Avenue to the south, and S. Perry Street, S. Southeast Boulevard, and S. Clementine Street to the west.

The neighborhood's Lincoln Heights Shopping Center was developed in the 1950s and expanded in the 1970s to provide nearby shopping options for the community's residents, including a supermarket. The center also has restaurants.

Residents choose Lincoln Heights for its quiet, shaded streets as well as its access to shopping and business services. The neighborhood also features several walking trails as well as additional parks. The community's Senior and Community Center is known for its many classes and programs, as well as its recreational activities.

Moran Praire is a neighborhood located southeast of downtown Spokane. It is bordered to the north by E. 37th Avenue, S. Glenrose Road to the east, E. 73rd Avenue to the south, and S. Hatch Road and S. Grand Boulevard to the west.

The neighborhood is known for its many parks. It also features a sports complex, golf course, and a number of restaurants and retail options. The neighborhood is home to Sweet Mercy Farm in its northeast corner, providing residents with ready access to farm-fresh produce.

Spokane is a city rich in history, and this is just one of the reasons so many people choose to move to Spokane. Today, it serves as the region's commercial and cultural center. As one of the state's largest cities, it serves as a regional destination for events, entertainment, shopping, dining, and professional services.

Spokane's neighborhoods, particularly in the South Hill area, are known for their mature trees, multitude of parks, and, in many communities, historic districts. Homes feature a number of architectural styles, documenting the history of the various residential districts. Most neighborhoods in the South Hills region also offer ready access to downtown Spokane, making it convenient for residences to live in quiet neighborhoods while still accessing a large urban center. If you'd like to know if one of these neighborhoods might be the perfect one for you, contact Unity Home Group at eXp Realty with Real Estate Spokane at (509) 808-4030 to get in touch with local real estate agents who can tell you more about available homes and help you find the Spokane home that's ideal for you. 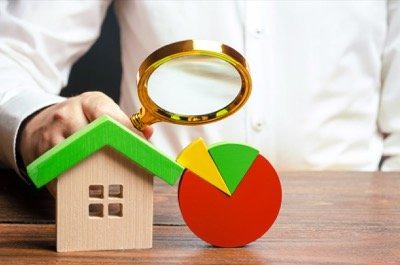 Tips for Researching the Real Estate Market Before Buying

An informed Meadowwood home buyer will always have the edge over one who jumps in without looking. Truly understanding the real estate market ...Read More